After visiting the Students, Science and Sustainability Conference at Melbourne University in 1993, a group of students were so impressed by The Melbourne University Food Co-op that they decided to set one up at UNSW. After much effort from Jo Barrett, a member of the Student Environmental Alliance, a little spark of energy grew into what was then known as Pigweed.

The co-op, with little money and minimal stock, first opened in September 1994 for six weeks of trading before the end of session. Its founders named the co-op “Pigweed” after an edible plant that is rich in vitamins. In November 1996, Pigweed became an official Co-operative Ltd.

The membership of the co-op has fluctuated greatly with up to 150 members in its early days. In 2000, the total membership hit an all time low of less than 40 members. This was attributed to a number of factors including declining student environmental leadership, poor knowledge transfer to new members and a lack of advertising. Less members meant less hours the shop was open, which made it even harder for people to be involved.

2001 saw us refresh and rename to 'Thoughtful Foods'

Over the summer 2000/2001, break a core group of members renovated the shop and established sustainable systems to ensure the co-op had every chance of flourishing.

As part of these changes, Pigweed changed its name to the 'UNSW Food Co-op'. It was thought the name 'Pigweed' appealed to a very limited crowd and so it was changed to appeal to a wider group of people. Members also felt the name needed to be more descriptive.

However, the name 'UNSW Food Co-op' was never fully adopted by members. After much debate and a lack of consensus, a meeting was held to vote on a name for our dear little co-op. The winning name was Thoughtful Foods Co-op - which is what we are called today.

A mammoth relocation took place in 2016

At the end of Semester 1, 2016, we had to relocate our shop due to university redevelopment works. It was extremely tolling on our finances and volunteers' energy, but we got through with the help of our first major fundraising event and our first ever online crowdfunding campaign. All together we raised almost $9,000 to go towards the costs of renovations to the new space as well as much-needed food dispensers. We will be forever grateful to everyone who donated and gave their energy during this tough time.

Since moving into our new Blockhouse home, we have been working continuously to improve it. We have developed and implemented various systems to make the co-op run more smoothly. These include a new point of sale system, EFTPOS and an online ordering system for the organic fruit and vegetable boxes and bread.

Then the pandemic hit...

The COVID-19 pandemic affected every aspect of our co-op. Over 2020 and 2021, the UNSW campus was often empty, it was difficult to attract new members and volunteers, and we had to constantly monitor and update our procedures in order to be COVID-safe.

It wasn't all bad news. Despite the difficulties, we remained open throughout the whole period. Our hard-working volunteers, Coordinators, and Directors were able to make significant improvements to the co-op during this time. We introduced new procedures such as a cashless system, online memberships and online volunteer inductions.

We are continuing to adjust to a COVID-affected world. For example, a reduction in volunteer numbers has meant we have had to reimagine the way we divide responsibilities and tasks among our volunteers, Coordinators and Directors.

A new lease in 2021 is an opportunity to grow

We happily signed a new lease, ensuring we can remain in our Blockhouse home for a further five years. This has given us stability and certainty, providing opportunities to plan for our future.

We are also helping to establish a new Grocers Co-op, ensuring we can both help, and learn from, the other co-ops in our local area. Stay tuned for more info!

We are excited for the future of Thoughtful Foods. We hope you will pop in for a shop and consider volunteering. We'd love for you to help ensure Thoughtful Foods is an ethical, sustainable, and community-driven place to source foods and products. Hope to see you soon! 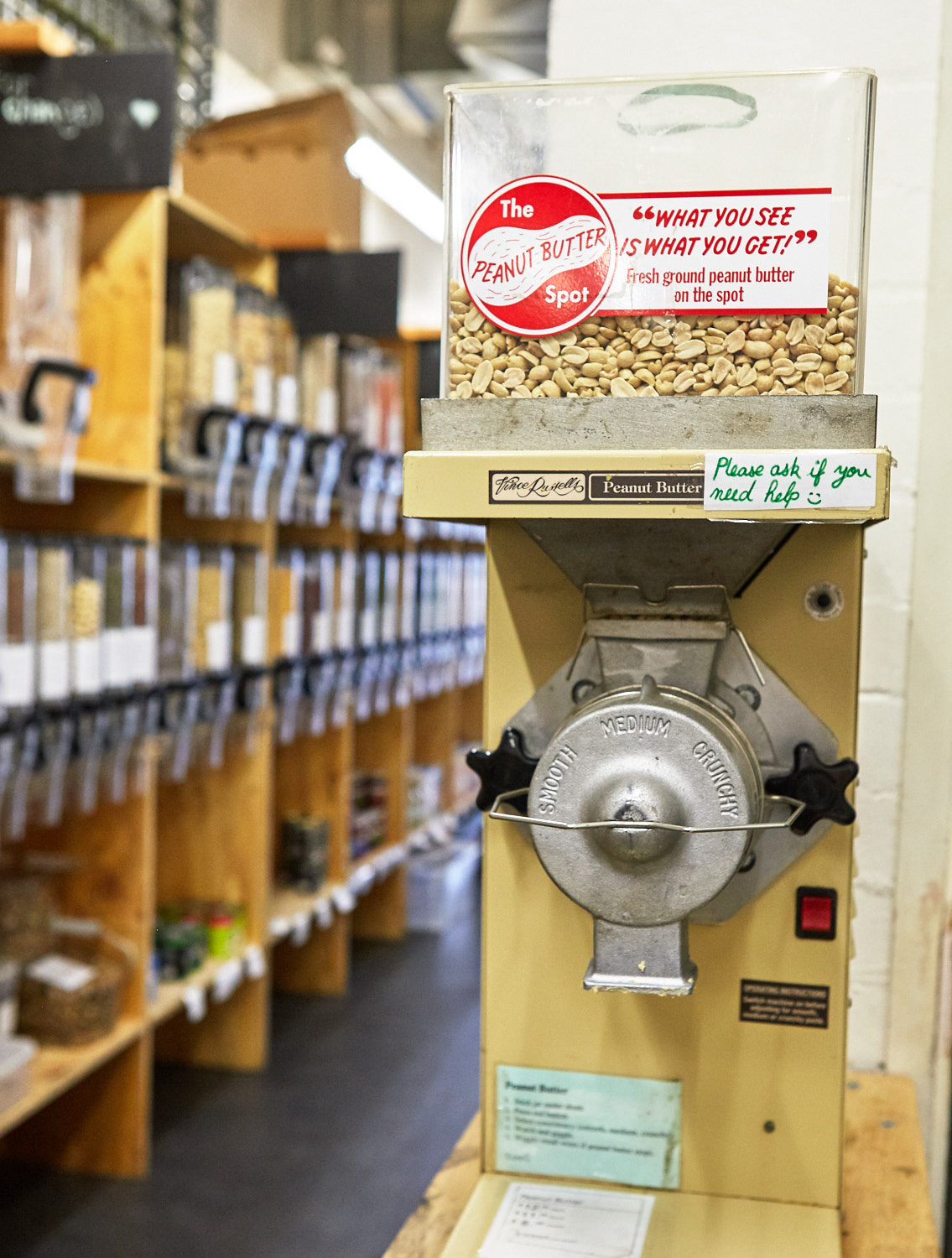